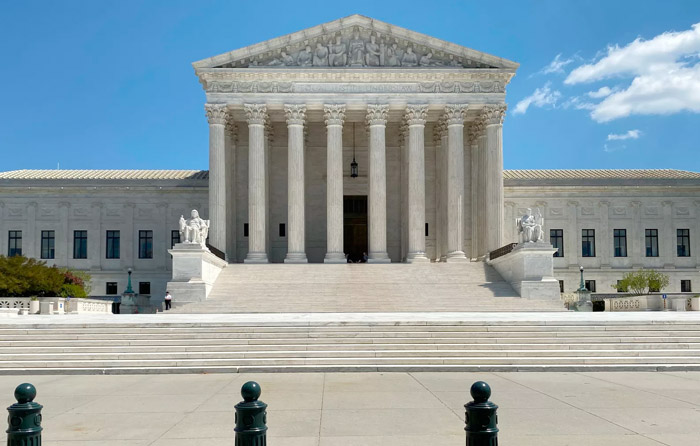 Last week, the U.S. Supreme Court has blocked the administration’s plan to dismantle The dreamer Act that has protected 700,000 so-called DREAMers from deportation. The vote was 5-4, with Chief Justice John Roberts writing the opinion.

Under the Obama program, qualified individuals brought to the U.S. as children were given temporary legal status if they graduated from high school or were honorably discharged from the military, and if they passed a background check. Just months after taking office, President Trump moved to revoke the program, only to be blocked by lower courts — and now the Supreme Court.

“We do not decide whether DACA or its rescission are sound policies,” Roberts wrote. “The wisdom of those decisions is none of our concern. Here we address only whether the Administration complied with the procedural requirements in the law that insist on ‘a reasoned explanation for its action’.”

In 2017, then-Attorney General Jeff Sessions simply declared DACA illegal and unconstitutional. Sessions argued that the program should be rescinded because he said it was unlawful from the start. But, as Justice Roberts observed, the attorney general offered no detailed justifications for canceling DACA. Nor did the acting secretary of homeland security at the time, Elaine Duke, who put out a memo announcing the rescission of DACA that relied entirely on Sessions’ opinion that the program was unlawful. Duke’s memo didn’t address the fact that thousands of young people had come to rely on the program, emerging from the shadows to enroll in degree programs, embark on careers, start businesses, buy homes and even marry and have 200,000 children of their own who are U.S. citizens, not to mention that DACA recipients pay $60 billion in taxes each year. The fact that they weren’t addressed made the decision to rescind DACA “arbitrary and capricious,” Justice Roberts wrote. Justice Roberts made clear that an administration can rescind a program like DACA. The problem for the administration was that it never abolished DACA but rather called it an “illegal and unconstitutional” program. To be clear, President Obama acted under his constitutional power to issue an executive order. The order was called illegal because it violated immigration laws. Under the existing immigration laws, immigrants falling in the dreamers category were not offered any type of relief. Is this reason enough to call the executive order illegal? Can’t a President issue an executive order to solve a gap in the existing law?

Joining the Roberts opinion were the court’s four liberal justices, Ruth Bader Ginsburg, Stephen Breyer, Sonia Sotomayor and Elena Kagan. Sotomayor wrote separately to say that while she agreed that rescinding DACA violated the law for the procedural reasons outlined by the chief justice, she would have allowed the litigants to return to the lower courts and make the case that rescinding DACA also amounted to unconstitutional discrimination.

Justice Clarence Thomas wrote the principal dissent, accusing Roberts of writing a political rather than a legal opinion. Joining him were Justices Neil Gorsuch and Samuel Alito, with separate dissents also filed by Alito and Justice Brett Kavanaugh.

While the decision gives DACA and its hundreds of thousands of recipients a lifeline, the issue is far from settled. The court decided that the way President Trump went about canceling DACA was illegal, but all the justices seemed to agree that the president does have the authority to cancel the program if done properly. For now, though, more individuals eligible for DACA status may be able to apply but immigration attorneys are still waiting for more information to be released before filing new cases.