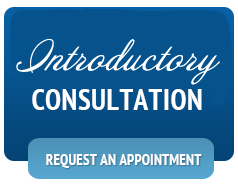 Family-Based
If you fall into one of the following categories, you can pursue a Family-Based Immigrant Visa:

Fiancé Visa
This visa allows a .U.S. citizen to bring a foreign national fiancé(e) living abroad to the United States to marry.

EB 1-2-3-4-5 Visas  – Approximately 140,000 immigrant visas are available each fiscal year for aliens (and their spouses and children) who seek to immigrate based on their job skills. If you have the right combination of skills, education, and/or work experience and are otherwise eligible, you may be able to live permanently in the United States.

EB1 VISA
You may be eligible for an employment-based, first-preference visa if you have an extraordinary ability, are an outstanding professor or researcher, or are a multinational executive or manager. Each occupational category has certain requirements that must be met.

EB2 VISA
You may be eligible for an employment-based, second preference visa if you are a member of the professions holding an advanced degree or its equivalent, or a foreign national who has exceptional ability.

EB 5 VISA
Investor Visa USCIS administers the EB-5 Program. Under this program, entrepreneurs (and their spouses and unmarried children under 21) are eligible to apply for a green card (permanent residence) if they make the necessary investment in a commercial enterprise in the United States; and create or preserve 10 permanent full-time jobs for qualified U.S. workers.

The B-1 business visa is for persons entering the U.S. temporarily for business activities like meetings, conferences, consultations, negotiations, settling of an estate, participation of short term training. Holders of B-1 visas cannot work while they are in the U.S. nor can they be paid by a source in the U.S.

The B-2 tourist visa is a non-immigrant visa meant for persons entering the U.S. for pleasure or medical treatment. The B-2 visa is commonly referred to as a tourist visa. Persons on a B-2 visa are not allowed to study or work during their stay in the U.S. In certain cases, tourist visa holders can participate in courses which are recreational and not credit based. These courses should be for no longer than 18 hours per week. An example would be a tourist attending a dance workshop for two days while on a visit for purely tourism purposes; no credits are earned and the learning was for recreational purposes.

B1/2: Aliens must prove that they plan to remain for a specific limited period of time, have the funds to cover the expenses of the trip and the stay in the United States, have a residence outside the United States in which they have no intention of abandoning, as well as other binding ties which will ensure the return abroad at the end of the visit.

F VISAS – Student Visa
If you wish to pursue full-time academic or vocational studies in the United States, you may be eligible for one of two non-immigrant student categories. The “F” category is for academic students and the “M” is for vocational students.

E1& E2 Investor Visas
The E-1 non-immigrant classification allows a national of a treaty country (a country with which the United States maintains a treaty of commerce and navigation) to be admitted to the United States solely to engage in international trade on his or her own behalf. Certain employees of such a person or of a qualifying organization may also be eligible for this classification. To qualify for E-1 classification, the treaty trader must:

The E-2 nonimmigrant classification allows a national of a treaty country (a country with which the United States maintains a treaty of commerce and navigation) to be admitted to the United States when investing a substantial amount of capital in a U.S. business. Certain employees of such a person or of a qualifying organization may also be eligible for this classification.

To qualify for E-2 classification, the treaty investor must:

H1B VISA: is a non immigrant specialty occupation visa which means the holder is employed in a position that requires specialized skills or knowledge. Jobs that suit the H1B visa typically need a university degree or equivalent (which can mean 3 years’ work experience for each year that would normally be spent at university). The position should be one that would normally require that level of experience.
The visa is valid for three years, with one possible additional three-year extension, making six years’ maximum stay in total.
Any H1B visa application must be sponsored by a valid company. So the individual must have an offer of work, education, or internship prior to submitting the application.

USCIS normally issues a maximum of 65,000 regular H1B visas each year, with some exceptions:

3.6800 visas are normally reserved for citizens of Chile and Singapore, under the special H1-B1 visa. This number is deducted from the total (65,000 regular plus 20,000 masters’) visa allocation. Because of the strict limits, visas are granted on a lottery basis. This means there is no guarantee that, even if you qualify, you will be awarded your H1B.

H2B VISA category is one of the categories that authorizes unskilled laborers to work in the U.S. . The H2B visa category is a resource which many U.S. employers rely on to fill temporary or seasonal needs that would be impossible to fill with U.S. workers. Small resort towns, for example, would not be able to staff the many shops, restaurants and recreational outlets that are mobbed with customers during its summer months without filling at least some of those temporary jobs with foreign workers. Sponsoring foreign workers for H2B visa can be a tricky process due to the visa category’s popularity. Each year, only a limited number of H2B temporary visas are made available to workers. This numerical limit is referred to as a “cap.” Caps control the number of workers that can be issued a visa in a given fiscal year to enter the United States pursuant to a particular non-immigrant classification.

O VISA:The O-1 nonimmigrant visa is for the individual who possesses extraordinary ability in the sciences, arts, education, business, or athletics, or who has a demonstrated record of extraordinary achievement in the motion picture or television industry and has been recognized nationally or internationally for those achievements.

The O non-immigrant classification is commonly referred to as:

P1-P2-P3 VISAs – The P-1 classification applies to you if you are coming to the U.S. temporarily to perform at a specific athletic competition as an athlete, individually or as part of a group or team, at an internationally recognized level of performance.

The P-1B classification applies to you if you are coming to the United States temporarily to perform as a member of an entertainment group that has been recognized internationally as outstanding in the discipline for a sustained and substantial period of time.

The P-2 classification applies to you if you are coming temporarily to perform as an artist or entertainer, individually or as part of a group, who will perform under a reciprocal exchange program between an organization in the United States and an organization in another country.

The P-3 classification applies to you if you are coming temporarily to perform, teach or coach as artists or entertainers, individually or as part of a group, under a program that is culturally unique.

Q Visa – You may be eligible for a Q-1 non-immigrant visa if you are seeking to participate in an international cultural exchange program. The Q non-immigrant exchange program is for the purpose of providing practical training and employment, and to share the history, culture, and traditions of your home country with the United States

There are many steps involved in the process of becoming a U.S. citizen. Because the immigration process involves its own unique obstacles and roadblocks, it will be wise to work with a knowledgeable professional. Our lawyers can prepare you for every step of the citizenship process and help you set up for ultimate success. Citizenship can be acquired by:

Applying for a certificate of citizenship
Applying for a United States passport with the U.S. Department of State
Applying for naturalization if you have been a lawful permanent resident for three years if married to a U.S. citizen or five years otherwise

In the United States, our government grants legal protection to select individuals who seek asylum here. Whether you entered the United States legally or illegally, you can protect yourself from deportation by applying for asylum. Asylum can also be granted to refugees who have yet to enter the United States. Asylum is granted to an individual who can demonstrate a credible fear of persecution in their home country based on any of the following:

There are several ways to avoid deportation including voluntary departure, cancellation of removal based on your continuous residence in the U.S., or adjustment of your immigration status to permanent residence. You may also complete the process for citizenship, fill out a waiver for your past criminal convictions, or seeking political asylum, with the hopes of staying in the country. Individuals can be placed in removal or deportation proceedings because they:

If you or a loved one have been denied naturalization, citizenship, a Green Card or any kind of permanent residence in the United States, our attorneys can help. We may be able to file an appeal on your behalf in an attempt to secure the outcome you desire. As fierce advocates for our clients, we understand how important each immigration case is to every family we meet. Many immigrants have lived in the United States for years without being able to gain permanent legal status. Many people face deportation or forced removal, having their visa denied, or another issue that could result in the loss of their residential status and livelihood here in the U.S. If you are going to file an appeal in your immigration case, we can help you present your case.