Gun Violence in the United States 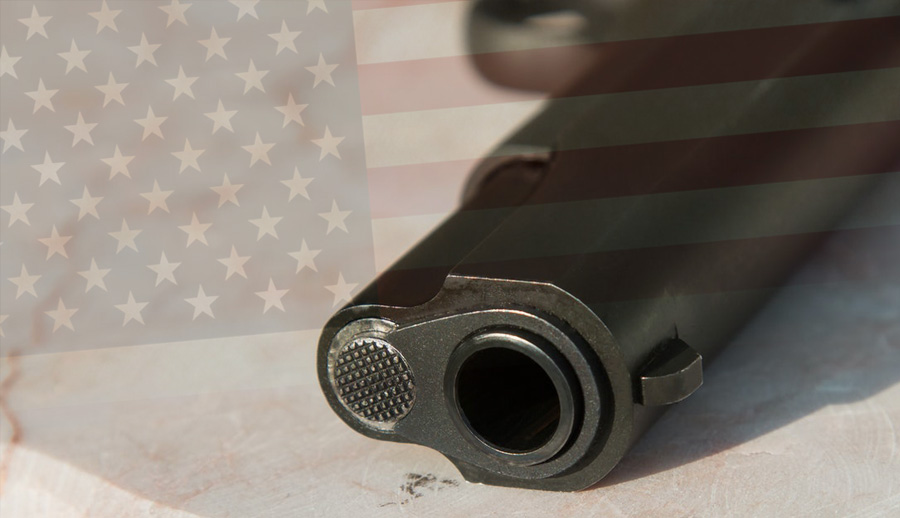 “A well-regulated Militia, being necessary to the security of a free State, the right of the people to keep and bear Arms, shall not be infringed.” The Second Amendment of the United States Constitution protects the right for Americans to bear arms. As of June 2022, there have been 240 mass shootings in the United States that have resulted in over 1,300 people injured and 278 deaths. The Centers for Disease Control and Prevention (CDC) stated that guns are the leading cause of death for children and teenagers in America. President Joe Biden called Congress to pass tighter gun control laws to prevent gun violence. The President specifically requested banning assault weapons and high-capacity magazines and raising the age to buy a weapon from 18 to 21. In 1994, Congress passed a law banning assault weapons and high-capacity magazines for 10 years. How effective has been the 1994 ban? Did it solve the issue? According to the Department of Justice report, the number of gun crimes involving automatic weapons dropped by 17% in the six cities involved in the study. The report pointed to a reduction in the use of assault pistols, but noted that there had not been a clear decline in the use of assault rifles.

Some individual states have adopted their own iterations of the law, banning some semiautomatic weapons. According to the Giffords Law Center, California, Connecticut, Hawaii, Maryland, Massachusetts, New Jersey and New York — as well as Washington, D.C., have adopted laws banning assault weapons, and still, some of these states count high rates of crimes and violence. California is ranked number one state for mass shootings.

Opinions on gun laws differ between the political parties who seem not to find an agreement. Republicans believe in the right the bare arms since it is a Constitutional right and should not be infringed. Democrats believe that the right to own guns should have stricter regulations. Their position has become radical and politicians like President Biden, Vice President Harris, and Speaker of the House Pelosi are calling for a complete ban.

A common trait among shooters is that they often have a history of violence or trauma such as domestic violence or bullying or are motivated by hate such as racism, religious hate, or misogyny. So, shall we point the finger to other issues like broken families, untreated mental issues, and sick society?

The situation differs also in other countries with stricter gun laws. In Italy, for example, where gun laws are much stricter, there is far fewer gun related deaths compared to the United States, however the country is not free from violence and crimes. In Italy, guns are mostly bought for hunting and self-defense. But why we do not ever hear of mass shootings? What is the difference between the 2 countries? Italy is a family-oriented country. Catholicism is the main religion and the country is known for its traditions and culture. People are socially active, warm, and sympathetic. On the other hand, in countries like Mexico where guns laws are extremely strict, gun violence is high due to criminal gangs and gun smuggling. Mexico (like Italy) is also a country known for its traditions, religion, and warm hearted people.

So, does the level of strictness of gun laws control really affect the rate of gun violence? Are we missing something in evaluating our society? Are our politicians making right decisions?