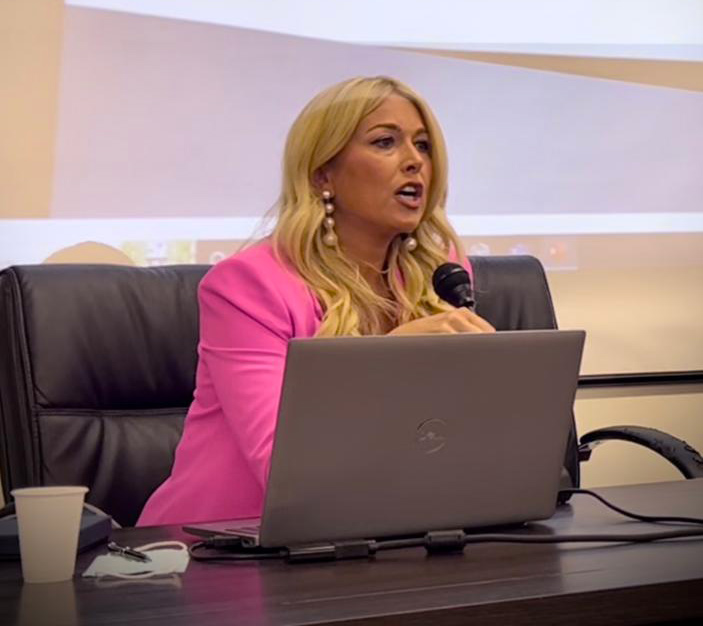 NIABA’Bi-Annual Conference took place September 19-24, 2022 in Naples, Italy. This marks the return of the event after it was rescheduled as a result of the pandemic. NIABA nominated Director Antonietta Brancaccio-Balzano chair of the Conference given her background and ties to Naples. With the assistance of Directors Anthony Gianfrancesco, and Ralph Liguori she organized the event that includes seminars and special events. The Vice President of the Bar Association in Naples, Gabriele Esposito Esq, played an important role in the orchestration of the Conference. 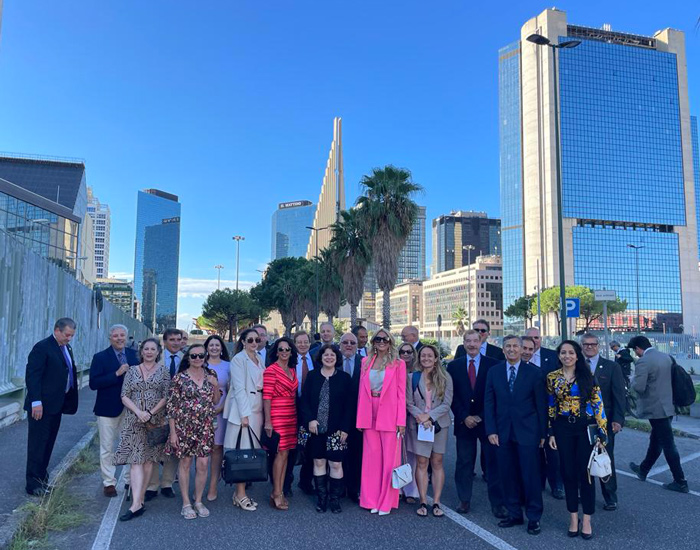 Delegation Niaba outside the courthouse in Naples

A small delegation of attorneys guided by Giampaolo Girardi Esq met the representatives of the Bar Association in Milan the week-end preceding the Conference. While Directors Antonietta Brancaccio and Paul Finizio met with the Mayor of Ercolano, Ciro Buonajuto, Esq. to finalize the sister city agreement signed between the city of Pompano Beach and Ercolano. Director Antonietta Brancaccio was also able to meet the Quaestor of Naples, Dr. Alessandro Giuliano, who greeted her with enthusiasm and demonstrated great interest in Niaba and its activities. 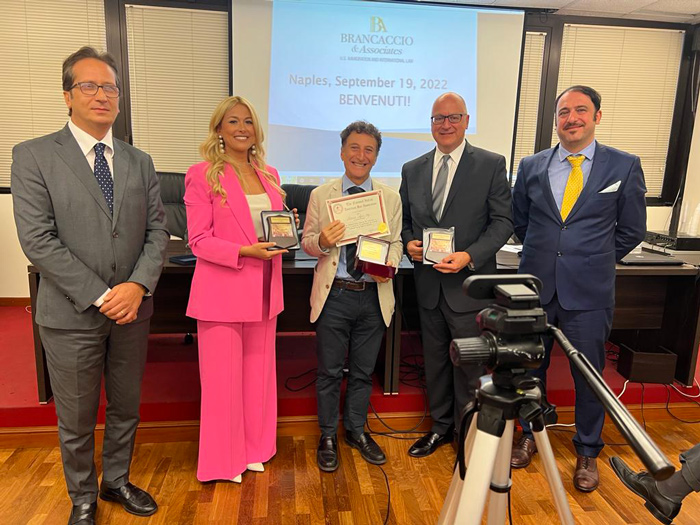 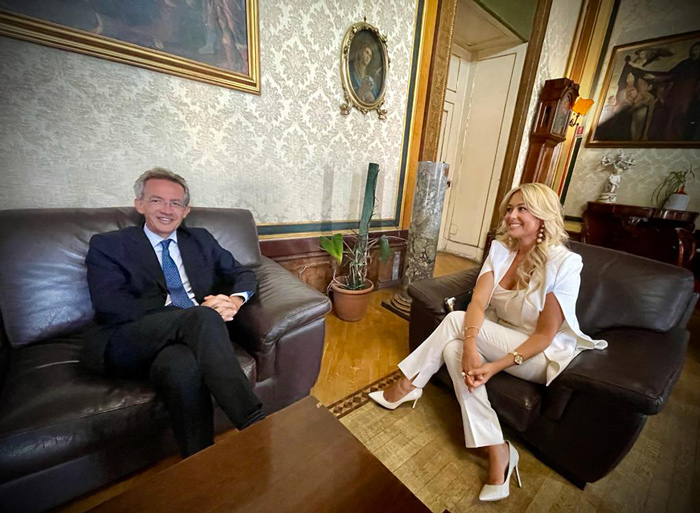 Meeting with the Mayor of Naples, Dr. Manfredi 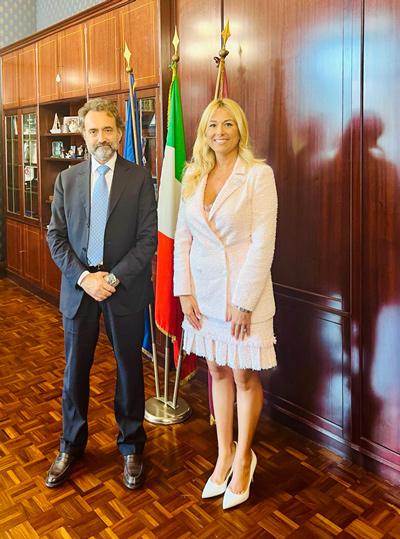 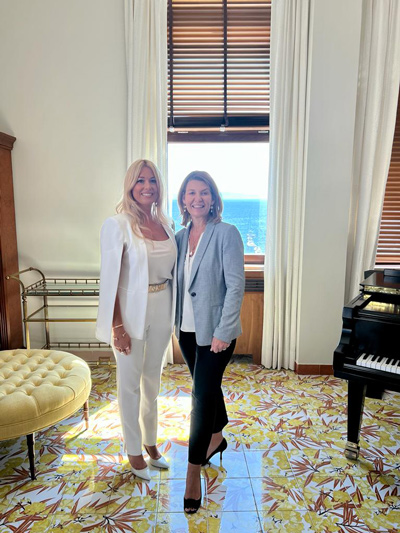 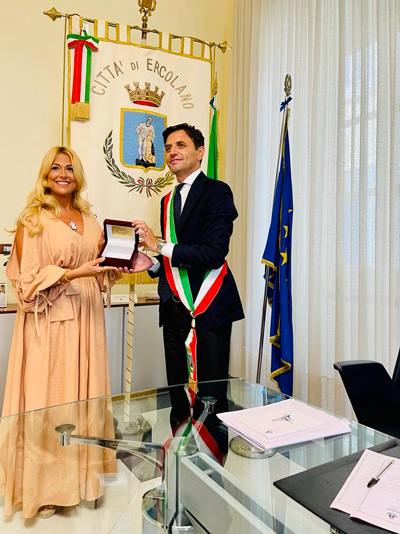 Signature ceremony with the Mayor of Ercolano, Ciro Buonajuto Esq

Special events this year included a visit to the majestic San Martino Museum, co-organized with local attorney and Honorary Consul of Sri Lanka Carmine Capasso. The General Consul of United States in Naples, Hon. Tracy Roberts Pounds, also met a small Niaba delegation.  The General Consul  expressed gratitude for organizing the Conference in Naples and  discussed the possibility of creating a collaboration with Niaba to benefit the local economy and U.S industries. Followed a private meeting with the Mayor of Naples, Dr. Manfredi. Director Brancaccio specifically discussed communication issues involving city halls and consulates abroad and ways of solving the issue. The President of the local Bar Antonio Tafuri, Esq. welcomed the entire delegation of 40 attorneys at the Naples Court House and expressed words of great appreciation on behalf of the Bar Association. The final Gala dinner was held at the exquisite Rari Nantes where international tenor Carlo De Antonis gave a superb performance. Among the guests, Honorary Consul of Phoenix, Hon Roberta Gentili, President of the Bar Association of Naples, Antonio Tafuri, Esq., Vice President of the Bar Association in Naples, Gabriele Esposito, Esq., Mayor of Ercolano, Ciro Buonajuto, Esq., Honorable Perone, Hon. Romano,  Hon Howell, Hon Battilotto, Hon Peretti. During the interviews held by international journalist Marilena Alescio, Mayor Buonajuto said this initiative was an example of democracy, while Vice President Esposito said that the ties of our brothers and sisters in USA to our country demonstrate affection and attachment to Italy. President Donnarumma expressed words of appreciation for the welcoming atmosphere and collaboration of the local authorities’.  Followed a short trip to Capri where the delegation met the Mayor, Mr. Lembo, who underlined the long-term friendship between Italy and USA. The Gala dinner was held at the Panorama and of course the delegation did not miss the iconic night at “Anem e Core”. The group visited the Gardens of Augusto and enjoyed a boat ride around the island to discover the most hidden spots and of course did not renounced to the “must do” picture in front of the majestic FARAGLIONI.

The Conference has been incredibly successful that was featured on major Italian southern newspapers including “Il Mattino” and “Roma”. 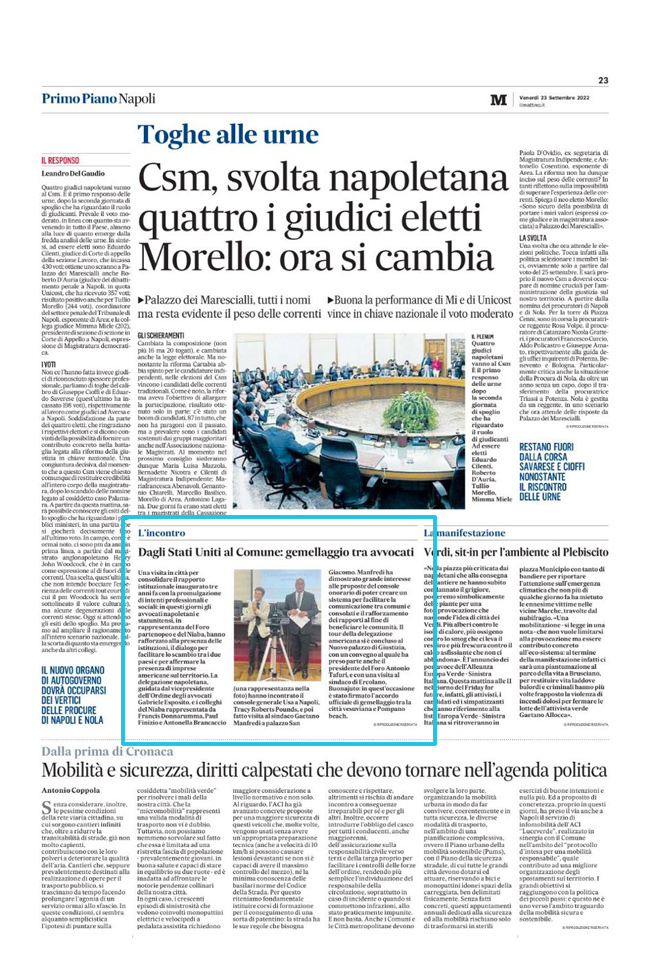 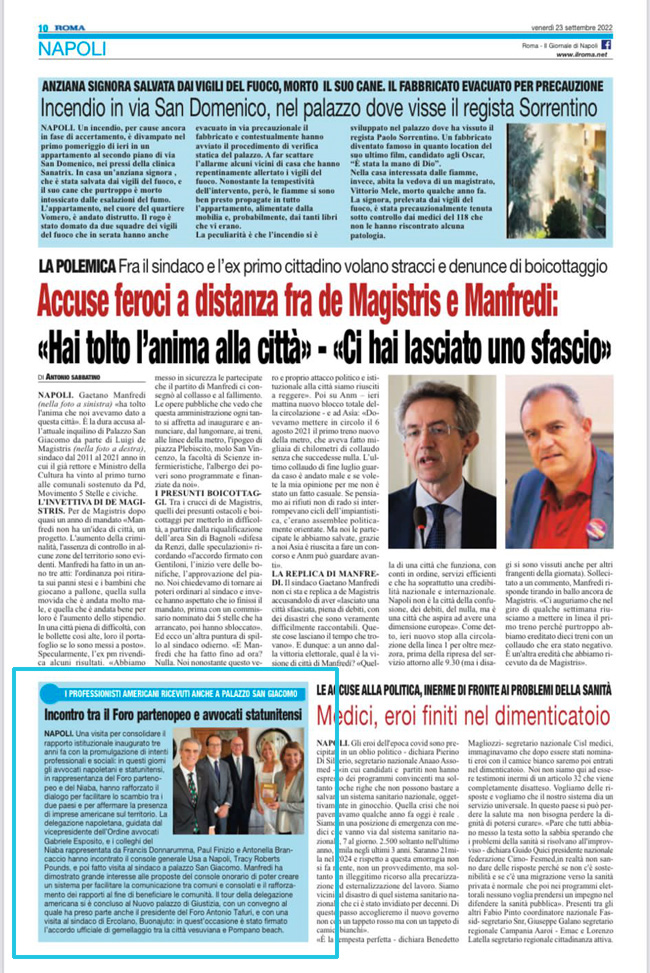